10 Unusual Orchids That Look Like Monkeys and Other Animals


Welcome to the World of Unusual Orchids!

If you have never seen the unusual monkey face orchid, you are in for a real treat. Whenever I show these to people at work, they think that the orchid photos are photoshopped. They aren’t.

There are over 20,000 orchid species in the world and many of them are quite amazing. Orchids produce the most interesting rare and exotic flowers, in all different colours, shapes, smells, and variegations. They also have a number of interesting tricks regarding fertilisation. It’s a bit scary and sad to think that many of the exotic ones are endangered or are on the verge of extinction. Here is my top ten list of known orchids that look like animals.

Found on the sides of the high mountains in southeastern Ecuador and Peru at an elevation of 1,000 - 2,000 meters, the monkey face orchid is a popular but rare favourite among orchid collectors, because it has a distinctive monkey or baboon face in its flower.

Different flowers provide different expressions of the monkey face, from thoughtful to happy to sad.

Often this orchid is called the monkey orchid, though this is technically incorrect, even though they are flowers that look like monkeys.

The botanical name refers to dracula (meaning “little dragon”, as well as people thinking of Count Dracula with the hanging sepal spurs that also look like fangs) and simia (monkey face) and gigas (giant).

There are quite a few dracula orchids that look like monkey faces, but simia and gigas are better known.

Of the 120 species in the dracula family, most of which are found in Ecuador, many are not seasonal blooms and can flower at any time throughout the year.

The scent of the blossomed flowers is said to be like ripe oranges and it is rare to find monkey face orchids grown successfully out of the wild.

Another orchid flower that looks like a monkey is orchis simia. Also known as the “naked hanging man”, the monkey orchid shows the bodies of cute little monkeys (or men) hanging from its flowers, which are usually grey, white, pink, purple or reddish.

The fly orchid looks like something you probably wouldn’t want to pick.

Not only does it look a bit like a fly, but it depends on flies, bees, and wasps for pollination, using a scent to attract male insects.

Sometimes the scent reminds the insects of food and other times it reminds them of female insects. As they land on the flower, the male insect attempts to mate with it and then is disappointed by the lack of nectar and procreation, so it loses interest and flies to another flower, unwittingly pollinating it.

10% of fly orchids each year are pollinated by sexual deception.

This method of pollination, along with the fact that each pollinated orchid produces over 10,000 seeds, has resulted in ophrys insectifera becoming a very widespread orchid indeed.

A European native, the fly orchid is common in several locations from Ireland to Spain to Romania and Ukraine and grows in alkaline soils with full sunlight to partial shade, from sea level to 1700m altitude.

Sadly, it is often bulldozed in developing areas of the UK, but the species is not endangered.

Another version of ophrys insectifera is the bee orchid. The apifera in Latin means “bee bearing” and the flowers attract male bees in the same way as the fly orchid, by visually mimicking female bees and also emitting the scent of female bees for pollination.

Bee orchids are common in the Mediterranean region and can also be found in the UK, Northern Ireland, and Scotland.

There are many hybrids from the ophrys genus, with ophrys bomybliflora specifically attracting bumblebees and ophrys lutea attracting yellow bees, for example. Some types of ophrys are self-pollinating and don’t require insect pollination at all.

Another flower which uses pseudocopulation is the flying duck orchid, found in eastern and southern Australia (Queensland to South Australia and Tasmania).

Found in China, Japan, Korea, and Russia, the white egret orchid is also known as the fringed orchid, crane orchid or Sagiso and is one of Japan’s most famous orchids. It can have up to 8 flowers on its stalk and each flower is about 4cm wide.

The moth orchid is otherwise known as the bird’s head orchid, because from a distance, multiple flowers look like a group of moths flying and closer up, a bird’s head can be seen.

Found in southeast Asia, the Philippines, and northern Australia, the moth orchid has many artificial hybrids that have been cultivated from over 60 species.

Some species of phalaenopsis in Malaysia can bloom at the same time when they experience certain weather conditions.

The dove orchid is also known as the Holy Ghost orchid.

It is found from Central America to Ecuador and Venezuela and is the national flower of Panama.

What is strange about this orchid is that its perfume smells like beer.

Also known as the cradle orchid, and boat orchid, the anguloa uniflora flower looks like it has a baby held in a cradle. Each flower is up to 10cm wide and has a fragrant minty or cinnamon perfume.

Hailing from Venezuela, Colombia, Ecuador, and Peru at elevations of 1400m to 2500m, tulip orchids prefer humid conditions and there are more than 9 species of anguloa (some hybrid species are currently evolving).

The cockleshell orchid, also known as the clamshell orchid, has pseudo bulbs that look like hoods growing from the plant, from which the flower blooms.

It is native to Central America, the West Indies, Colombia, Venezuela, and southern Florida and is the national flower of Belize, where it is also known as the black orchid.

In Florida, the cockleshell orchid is endangered and many wild plants have developed a self-fertilisation system (using three anthers instead of one).

Prosthechea cochleata is a commonly cultivated household plant and is easy to take care of. It blooms for up to 6 months and each flower can last for weeks. Several hybrids have been produced, including the well-known epi green hornet variety.

the monkey faced one is cool

Has the flower crossed with monkey ?

I think you can order some from different webstores, haven't looked into it, but there's a plethora of seed sellers out there, so check it out!

Can these be ordered?

Beautiful orchids--all of them. So lovely to see them in color photos with vivid descriptions.

Can these be orderd,they are beautiful

This is an wild array of different-looking orchids. I am particularly intrigued by the Dove Orchid because its looks are deceiving. It looks so beautiful, but it smells like beer! That's wild to me. I really enjoyed reading about all of these fabulous flowers.

Wow what a treat this is. I love love flowers of all kinds and have always been in awe of orchids but have never owned one.

These are simply breathtaking specimens you have shared. How clever Mother Nature is to adorn these flowers so skillfully.

thanks for the information and the photos.

Angels are on the way to you this morning

Voted up++++ shared and pinned to Awesome HubPages. ps

It seems impossible sometimes that these fantastical plants exist. But the flowers are beautiful.

My husband grows some of these orchids, and I am particularly enthralled by the bizarre ones. Here, though, I liked the Tulip Orchid the most!

We have a few orchids but nothing like these. I sure enjoyed seeing the pictures and reading about these animal looking orchids

I just bought my second common orchid. They are so beautiful. With my first one, all the flower petals fell off in the course of two days for no apparent reason. I've been reading a lot about how to care for them. We'll see.

These orchids are stunning! What an interesting hub. I love the bee orchid especially, it really does look like a bee is dangling from the petal. wow. The botanical gardens in my area have a huge Orchid festival I think yearly. I've never checked it out before, but I might. I never realized just how many different varieties there are.

Who knew!!! I guess we learn something new every day. Fun post!

Some stunning orchids along with some fascinating facts about them. I recently came across the Bee Orchid which I think is a real little beauty. It was being carefully protected and nurtured in one of our local RSVP Nature reserves. Thanks for sharing this very interesting hub.

How unbelievable is nature, that is really quite a flower, I saw that monkey face immediately.

I can't pick a favorite - all those orchids are really pretty! Awesome compilation. I enjoyed it!

I have fuchsia colored orchids in my home right now and they do resemble something weird. Thanks!

These are all quite interesting creations. Thanks for sharing their beauty with us.

Hi everyone, thank you for your kind comments! Yes, they are certainly very rare and unusual orchids and it's hard to collect them or to view them outside of their natural habitat without cultivating hybrids.

Very unique hub. Unbelievable resemblances :). Thank you for taking the time to hand pick a great subject. Have a wonderful week.

This is so interesting! I literally showed this to everyone. All in all a good article.

Wow! Haven't seen most of these. I really enjoyed looking at all the photos. Thanks for hubbing about these beauties. Up and Fb shared as I want my fb friends to see this too. :)

I enjoy looking at orchids but have not found all of those unusual ones. Thanks for the article.

Fascinating! I had no idea. I love all of the visual examples.

Wow, great stuff. I reckon, rather than going through the hassle of owning a pet monkey (let alone a monkey who is hitting puberty) its much better to own these lovely orchids in our backyards. Great hub keep up the good work. God bless You.

I love orchids, and these are all wonderful. Great hub, wonderful pictures.

This hub is phenomenal! I had not the slightest idea that the Orchid had so many interesting variations. I was very fascinated by the Fly Orchid, they give us one of the best lessons in the art of deception! Great hub. Voted up. :)

Very interesting hub. I plan to share this on my sister's FB page, as she loves gardening, and I think she will get a kick out of this.

This is a beautiful, informative, and interesting hub! I love all the pictures of the orchids. But the tulip orchids - the ones that look like they are cradling babies, I love the best.

I love your creative flair. This topic is most unusual, and you have done a fine, fine job as always. Voting up +++, pinning, and shared.


Watch the video: Unusual Orchids That Look Like Monkeys and Other Animals (August 2022). 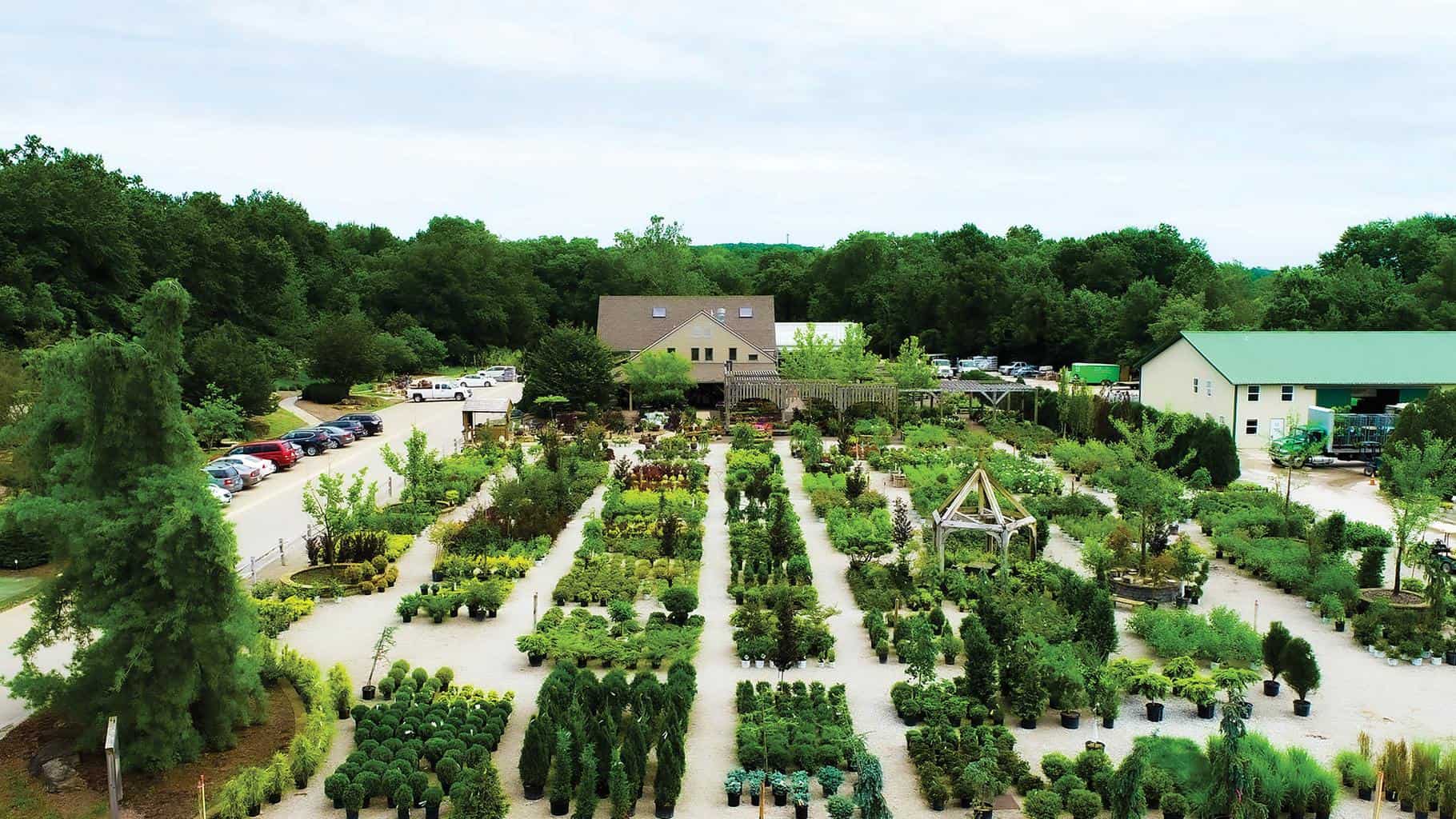 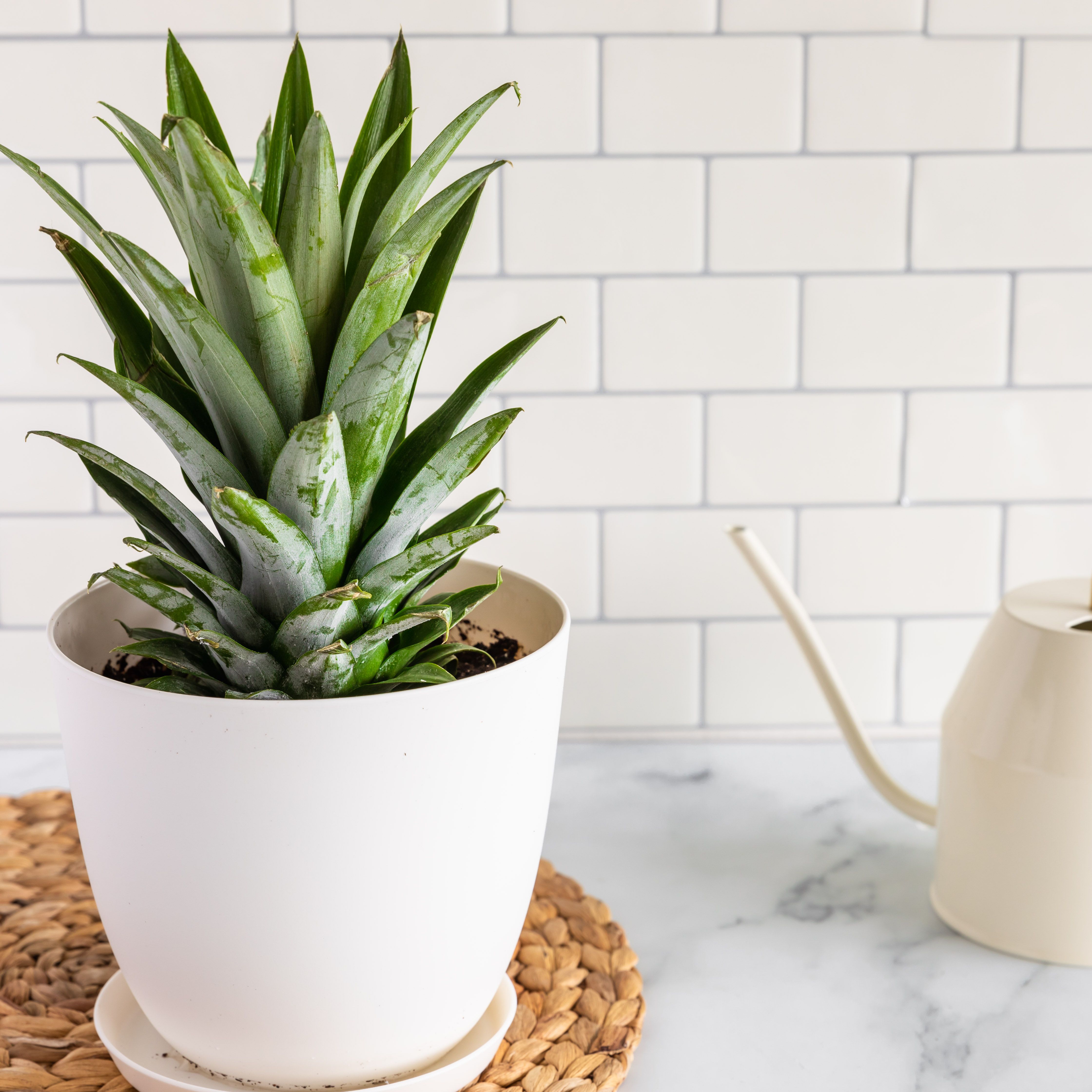 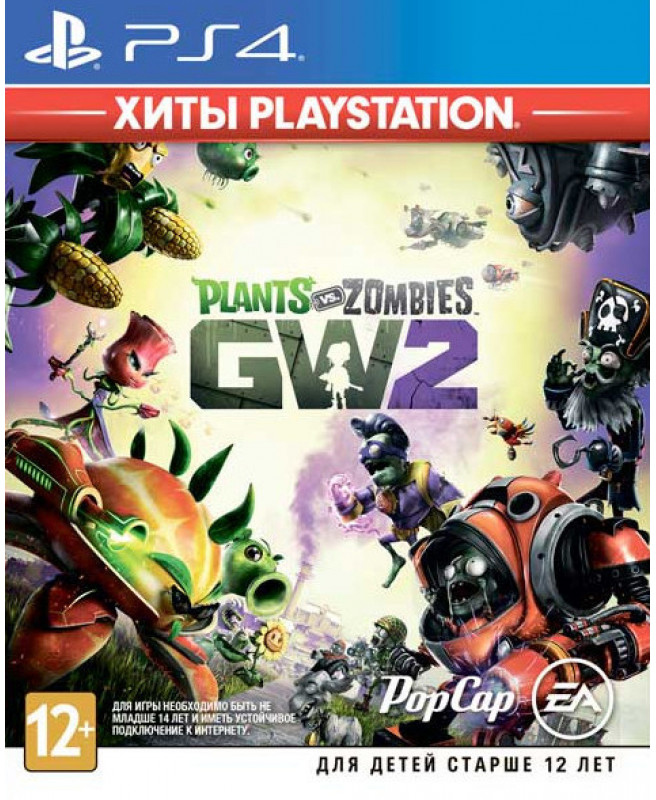 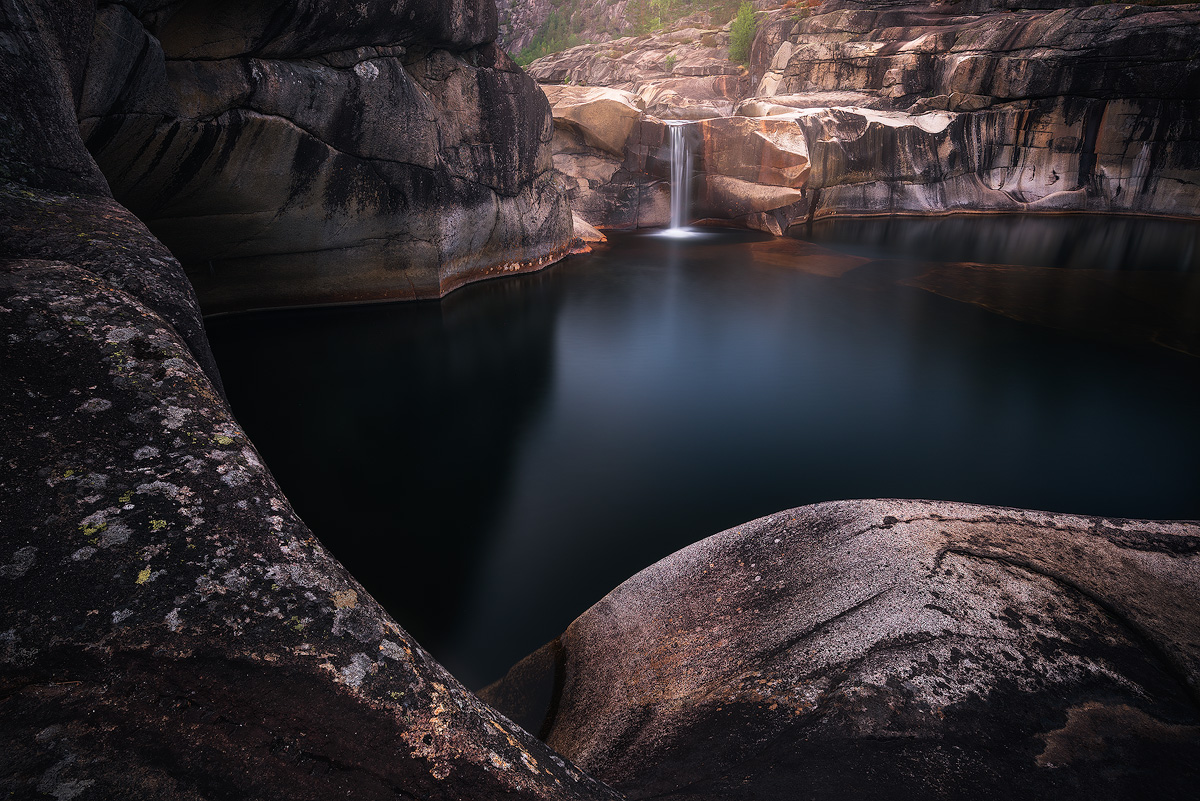