The most expensive part of animal feed is the protein faction. In the early 1900s, farmers supplemented their animals with fishmeal or certain organ meats such as liver. These were expensive but worth the price given the gains in efficiency.

Then, soy was discovered and adopted as one of the backbones of modern animal nutrition. The introduction of antibiotics and other changes to animal husbandry and science came along, too.

These advancements caused those earlier expensive feed fortifiers to fall by the wayside. As they say in Brazil, chicken is “walking corn” with a fair bit of soy tossed in.

Given the massive productivity gains in chickens—for meat birds, quadrupling their weight gain and cutting the time to butcher by more than half; for egg layers, going from 100 to almost 300 eggs per year—protein-dense feed is a must for modern animals.

Gone are the days when chickens were the farmer’s wife’s hobby and “scratch grains” were sufficient to provide for their nutritional needs.

Reliance on corn and soy for animal feed has some drawbacks. Over the past two decades, corn and soy have varied wildly in price—from $4 to more than $10 per bushel for soy, and from less than $2 to almost $10 for corn!

Such fluctuating feed prices make it much more difficult to control costs. This is especially true for chickens and hogs, where around two-thirds or more of the cost of production is found in the feed.

Also, soy is not only the most expensive part of modern feed. Some also raise allergy and other concerns about using it for animals, which then are eaten by people.

Corn and soy are generally genetically modified. Around or more than 90 percent of each crop grown in the U.S. currently is, though that percentage has been steadily declining over the past decade.

Either from consumer pressure or personal preference, many farmers want to reduce or avoid using crops grown with such technologies and chemicals. Thus, the resurgence in bug-based protein and other approaches to providing protein alternatives to what farmer Harvey Ussery, author of The Small-Scale Poultry Flock, calls “bought feed.”

There are a few common problems to all on homestead-generated, bug-based alternative protein.

First is seasonality. During the warmer time of the year, most to all types of bugs are much easier to generate for your flock. During winter, especially in the north, it becomes very difficult to create protein, because bugs don’t tend to be—or want to be—active in the winter. You have to work against nature to provide alternative protein 365 days a year.

Second, they all take labor, especially if you’re trying to store alternative protein for an off-season supply. Some people succeed in making their setups year-round or low labor or both.

No matter what alternative protein(s) you go with, this is crucial. Efficiency is key to making the best use of the most limited resource of all: your time and labor. Even at $10 per bag or in our area, or around $400 per ton for bagged feed, it is difficult to beat the amount of protein and energy in corn- and soy-based feed rations.

Third, all three are just supplements or additions to a well-rounded diet. Chickens are omnivores, that do best—health- and performance-wise—on a varied diet that includes multiple types of insects, as well as plant matter, seeds and grains, and even very small animals, such as mice.

Each of the following can supply around one-third of your flock’s diet. But if you go much higher, you may adversely affect your birds’ health and performance.

With this in mind, let’s take a look at each.

When it comes to chicken feed, composting worms are difficult to beat. Chickens and all species of poultry have a special affinity for worms.

Moreover, if your system is large enough, or located in a moderately temperature-controlled place, it can create worms and compost 24 hours a day, 7 days a week, 365 days a year.

Of all systems, it’s the easiest to achieve year-round access to supplement animal feed. Even in winter, you can provide some fresh alternative protein “raw and wriggling” to your poultry crew.

The downside is that worms are slow to reproduce. At colder temperatures, they become even slower. Also, it takes a fairly large system to keep a couple dozen or so chickens in supplemental worms. It takes an even larger system to make a dent in sizeable flock’s feed needs.

Worms are relatively cold tolerant—the soil is generally a happy 60ish degrees—so systems will perform best in the 60- to 70-degree range. They dislike light, though.

Learn how you can make worm compost using kitchen scraps.

Imagine a fly that instead of afflicting your summertime picnics or animals helped chase bad flies away! That is the black soldier fly, a nonbiting, waste-stream converting wonder.

The BSF itself doesn’t make good chicken food, though ducks certainly will go after them. Instead, its larvae (BSFL)—the toddler stage of the fly life cycle—is what chickens want.

BSF and, thus, BSFL, are highly seasonal in most parts of the country. And they are very prolific when in season. So if you can find an easy way to store the excess, you can create a year-round feed supply.

Also, in some areas people are experimenting with indoor BSF/BSL production to extend the season, even to year-round production.

This involves devoting space to creating a “fly room” to keep the adults alive year round. The room will require specialized lighting and supplemental heat, though. It strikes me as labor- and resource-intensive.

BSF bins are available for sale online, and you can also build your own. Building one, however, is a bit trickier than building worm, cricket or other setups. Like our next bug-based protein option, BSL are very temperature sensitive, so depending on your location, your setup may require supplemental heat.

You can check out The University of North Carolina at Chapel Hill’s free, helpful online guide here.

Black soldier flies produce a leftover residue that makes an excellent feed for a worm compost or another compost system. Thus, like worms, their profitability can be improved by function stacking protein and compost creation.

Note, though, that unlike worms, the BSL is extra efficient at feed conversion. There is far less compost generated compared to a worm system for the same amount of feed.

Most of us are familiar with crickets, that ever-present creature that marks the start of summer with their incessant (and, to me, comforting) nighttime noise. As we walk across the pasture, we see them scatter in all directions from our approach.

Crickets are omnivores that need protein to create alternative protein. Meat scraps or some similar food source is vital to keep them multiplying and growing.

Multiplication is their greatest strength. If conditions are good, crickets can increase exponentially in less than three months. They reach adulthood in around 6 to 7 weeks, and a single female can produce around 100 eggs. With a proper setup, crickets are also really easy to raise.

Crickets have one other limitation; low temperatures stop their reproduction. Their ideal temperature range is 85 to 90 degrees. So, similar to BSL, the farther north you go, the less season you have to work with or the more supplemental heat and space you need to devote to their production.

At small scale, mealworms are an excellent way to provide supplemental, alternative protein to your flock.

Mealworms have a high reproductive rate and short life cycle. They aren’t as temperature sensitive as crickets and BSF and not as cold tolerant as worms. They do well on a wide variety of low-cost inputs, but you’ll need to raise or purchase some grains to feed them.

Also, mealworm systems do require more labor than most others, because you need to maintain at least three bins—one for each stage of the mealworm life cycle. You’ll also need to move worms among the bins manually.

No other approach requires this level of operator involvement. Some systems now exist that address this drawback.

There is one important, albeit not generally known, risk to mealworms: allergic reactions. A small percentage of people are naturally allergic to mealworms. A much larger percentage (studies suggest up to one-third) of people may become allergic over time and exposure, especially to the frass (waste) they produce.

So, if you raise mealworms, locate them in a well-ventilated area, not inside your home. If you have a history of allergies and asthma, or you are already allergic to shellfish or other insects, mealworms are probably not a good option for you to consider.

Handle them with care, and when cleaning their facilities. Wear a respirator and long sleeves and take other precautions.

The operation par excellence for feeding chickens not just protein, but period, through compost is the Vermont Compost Co.

A number of great videos, such as the one below, explore its operation, where more than 1,000 chickens are ranged on massive compost piles and provided no supplemental feed whatsoever. This is the power of compost as an animal feed. So why doesn’t everyone do it?

There are a few limiting factors to achieving success.

Also, there is the schedule. It isn’t enough to have one massive compost pile. You need many massive piles, all in series, so that as one pile moves on to finishing stage, another pile is available for feeding. To reach such scale you need a steady supply of compostable materials and carbon—lots and lots of compostables and carbon.

On the other hand, compost has one advantage over all the others systems: self-foraging. Just give your animals access, and they will gladly go looking for the food instead of you needing to bring it to them.

Note that if you are an operation that uses the compost in vegetable or fruit production or sells compost for others to use, you need to check the current Food Safety Modernization Act guidelines for when the animals have to be off the compost piles (generally 90 to 180 days).

This is another reason why a staggered compost system is ideal.

This article originally appeared in the January/February 2020 issue of Chickens magazine.


Watch the video: How to FEED LAYING HENS at home so they are very happy (August 2022). 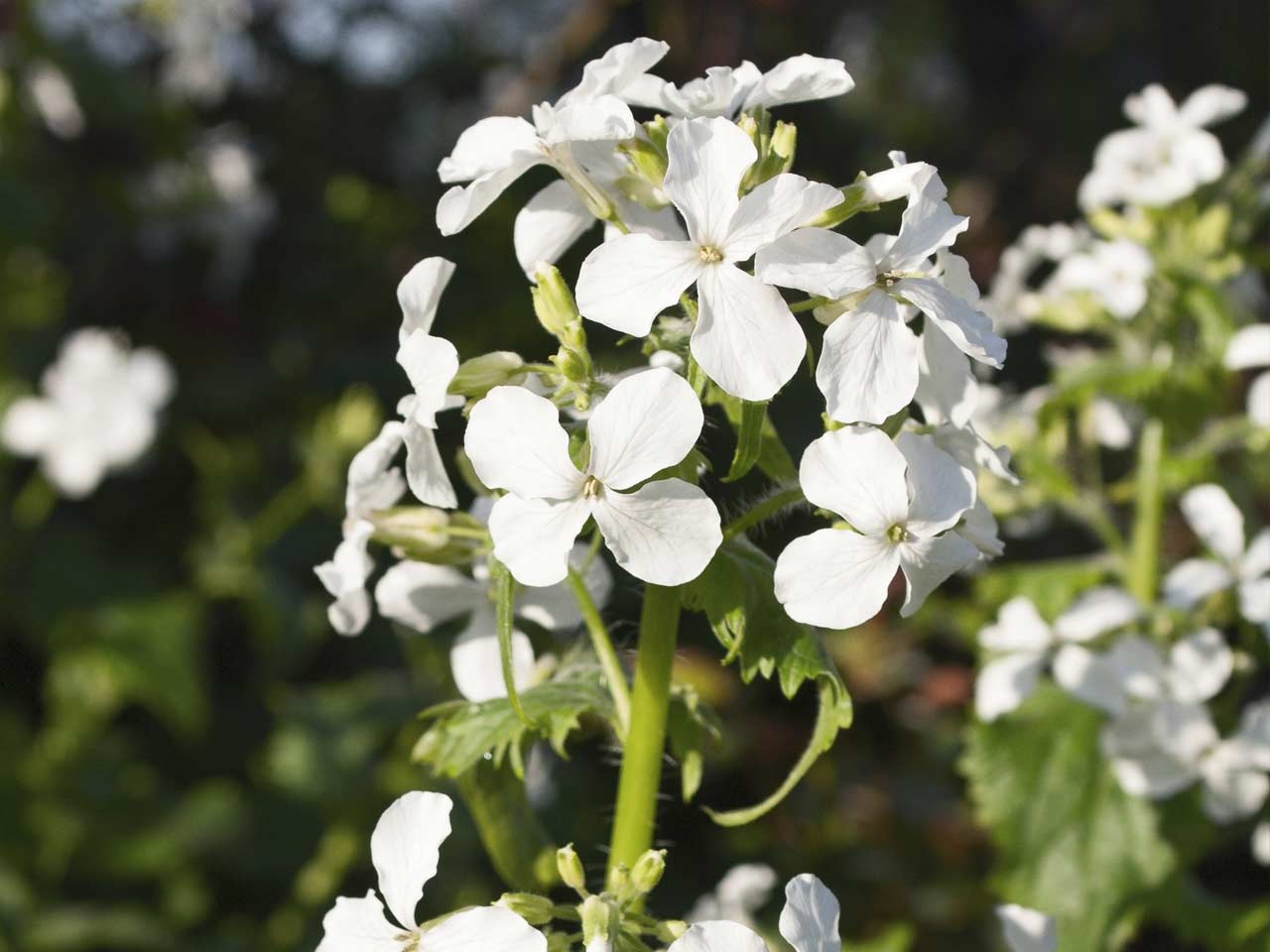 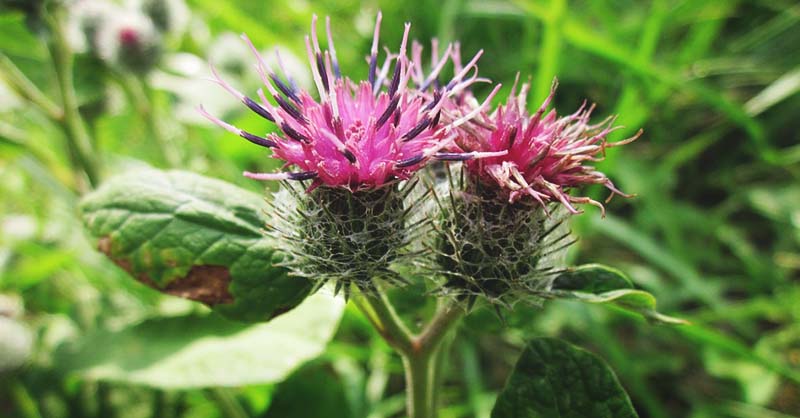 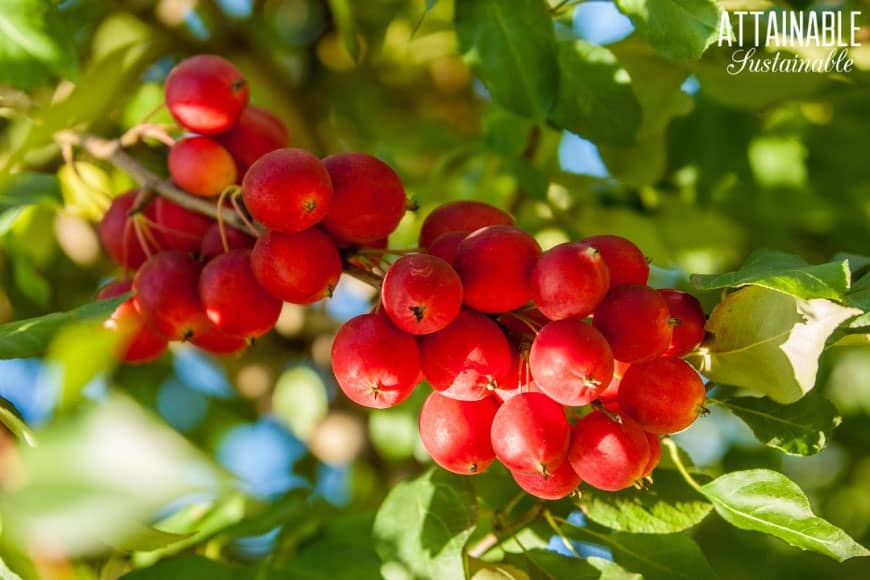 How much fruit per crabapple tree

Farm and Garden at Esalen Institute